Nigeria Lifts Twitter Ban
President Muhammadu Buhari has directed that the ban on Twitter be lifted after about 222 days.
Mr Buhari had ordered the ban June last year days after his tweet deemed genocidal against the people of the South-East geo-political zone was deleted.

Mr Buhari gave the order after reviewing a memo to that effect from the Minister of Communication and Digital Economy, Isa Pantami.

“The Federal Government of Nigeria (FGN) directs me to inform the public that President Muhammadu Buhari, GCFR, has approved the lifting of the suspension of Twitter operation in Nigeria effective from 12am tonight, 13th January 2022,” Mr Abdullahi said. “The approval was given following a memo written to the President by the Honourable Minister of Communications and Digital Economy, Prof Isa Ali Ibrahim.

“In the Memo, the Minister updated and requested the President’s approval for the lifting based on the Technical Committee Nigeria-Twitter Engagement’s recommendation.” 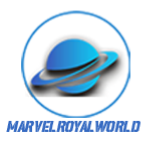 About the CEO
Attah Victor Ozodjo is the Marvelroyalworld Entertainment CEO. Your number one leading entertainment. Marvelroyalworld is an all inclusive worldwide entertainment and news site that provides a platform for enthusiastic audiences, interracial and interpersonal collaboration that relates with convincing contents and unique digital transforming values and experiences. TOP 10 RECOMMENDED SONGS FOR YOU